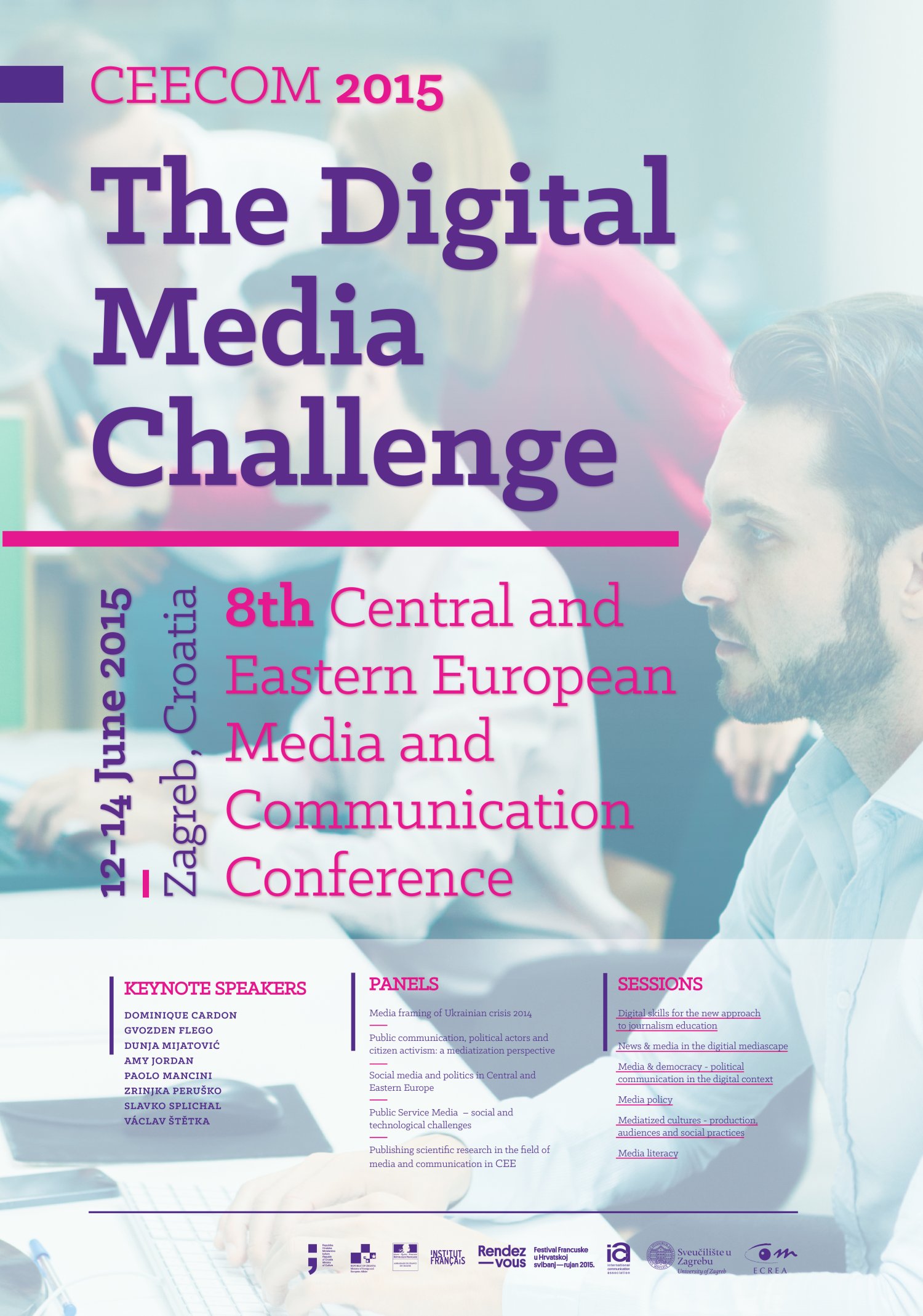 Fragmentation, digitalization and consequences on democracy

This presentation will contrast the so called “techno-optimism” with necessary caveats. Indeed, increased mass media commercialization together with technological innovation is determining what many scholars have defined the “death of mass audience” that more and more is replaced by “niche audiences” and audience segmentation. Already in 1996 Elihu Katz was stressing the risks of this transformation in his paper not by chance titled “And deliver us from segmentation”. Since then media fragmentation has increased determining new risks of political polarization, progressive replacement of traditional political parties with new, volatile political organizations: there are many examples both in the United States and in Europe. Public sphere has become more crowded: while this represents an enrichment of democratic life, there is no doubt that all the decision making processes are consequently becoming longer, more complex and difficult. By reaction this may determine attempts to easy and simplify the decision making through centralization and personalization.

Internetization of publicness and privateness

Inseparably connected with globalization, which Levitt (1983) related in one of the earliest discussions of the concept to the irreversible, technology-driven process of convergence in which everything becomes more like everything else, all differences are erased, and needs and desires are homogenized, the term internetization was initially coined to capture the enormous influence the internet has had on the scope and magnitude of the global economy (Passaris 2006).Both tendencies do not only apply to markets and physical spaces but also to different spheres of human life and social relationships. Whereas civil society was traditionally linked to, but autonomous from the power structure of the state, internetization made the boundary between the two much more porous. In manyprofessions a sharp boundary between production and consumptions is vanishing and a new layer of prosumers or produsers is generated, consisting of that kind of users (e.g. of the web) who simultaneously create (produce) and consume products (such as web contents) thus transforming of leisure into working time at home (creating content that indirectly enable the exploitation of human consumption capability). Similarly, the boundary between privatness and publicness, which is socially permeable and historically variable, becomes increasingly porous in the age of the internet. Both privateness and publicness are closely linked with our actions aiming to control our relationships with others by controlling information and access. The issues of privatness and publicness became particularly contentious with the advance of communication technologies (most notably the Internet) and general acknowledgement that changes in communication technology and its social uses shape, often in controversial ways, the relationship between the right to privacy and the right to communicate.

Slavko Splichal is Professor of Communication and Public Opinion at the University of Ljubljana’s Faculty of Social Sciences and fellow of the Slovenian Academy of Sciences and Arts. He is founder and director of the European Institute for Communication and Culture and Editor of its journal Javnost-The Public. He was a member of the International Council and Deputy Secretary General of the International Association for Media and Communication Research and has been on the editorial boards of the International Journal of Public Opinion Research, Journal of Communication, Journalism Studies, Gazette, New Media and Society and many others. Since 2011 he is Chair of the Advisory Board of the European Communication Research and Education Association ECREA. His recent English-language books include Public Opinion: Developments and Controversies in the Twentieth Century (Rowman & Littlefield, 1999), Principles of Publicity and Press Freedom (Rowman & Littlefield, 2002), Ferdinand Toennies on Public Opinion (with H. Hardt, Rowman & Littlefield, 2004), and Transnationalization of the Public Sphere and the Fate of the Public (Hampton 2012). His research interests include communication theory, media politics, public opinion, and communication research methods.

Do media technologies define the experience of childhood? Reflections across the generations

This presentation explores the role of media technologies in defining the experience of childhood.  The introduction of each “new” medium – from comic books to television sets to smartphones – has raised hopes for improving education or reducing inequalities but also raised concerns about deleterious effects for children’s healthy development.  Rapid changes in the types of devices used by children today have led some observers to argue the current generation of children live very different lives and see the world in very different ways than did children even a decade ago.  But is this true?  What is unique about the experience of childhood in the current media environment?  What remains constant?  And how can communication scholarship address the needs of educators, policymakers, parents, and children themselves as they navigate the new media landscape?

Topography of Online Renown. A structural model of thematic communities of the French and German Web

This talk proposes an analysis of the different forms of structuration of online thematic communities. It additionally describes some typical trajectories that lead to specific structural positions while building up a reputation within these communities. It draws on two corpuses, one French and the other German, each containing some ten thousand websites and blogs, manually classified according to their main theme (technology, home, cooking, politics, etc.). We apply a model for characterizing sites according to incoming and outgoing links, within and outside of communities, and thus propose a map of the different structural positions. This map highlights the opposition between two ways of building up authority: the construction of digital interactions within one’s community, and the exploitation within the community of renown built up outside of it. We use our model to construct a sociology of the variety of resources (relational authority, prestige, institutional or market support, media coverage, etc.) mobilized to build a website’s reputation. It is thus possible to identify the different topological structures behind the unifying term “community”, depending on the topic to which websites and blogs are affiliated.

Dominique Cardon is sociologist in the Laboratory of uses of France Telecom R&D and associate professor at the University of Marne la vallée (LATTS). He is working on the transformation of the public space and the uses of new technologies. He published different articles on the place of new technologies in the no-global movement, alternative media and on the process of bottom-up innovations in the numeric world. Recently, his researches deal with the use of social media (blogging, Wikipedia, Facebook and Flickr) in different context. He published La démocratie Internet (Paris, Seuil/République des idées, 2010) and, with Fabien Granjon, Médiactivistes, Paris, Presses de Science po, 2010. 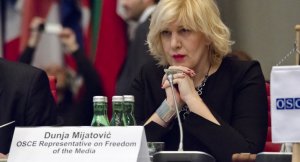 25 years after the introduction of democracy in Central and Eastern Europe, media freedom in the world is receding, and remains a topic at the forefront of discussions in journalistic circles, academia, and in international organizations. This plenary session will discuss the state and trends of media freedom in Europe, and the policies and actions for its improvement undertaken by two European institutions that include media freedom in their core mandates – the Organization of Security and Cooperation in Europe (OSCE) and of the Council of Europe (CoE).

Gvozden Flego was professor of social philosophy at the Faculty of social sciences and humanities at the University of Zagreb. He is MP since 2007, member and chair (since 2012) of the Croatian parliamentary delegation to the Parliamentary Assembly of the Council of Europe (PACE), where he now serves as vice-president of the Parliamentary Assembly and was Chair of the Committee of Culture, Science, Education and Media (2010-12). He is the author of three PACE resolutions: on violence in schools, good governance in higher education, and safety of journalists and media freedom in Europe.  He is member of the Bureau of the Socialist Group at PACE. Gvozden Flego was Minister of Science and Technology (including higher education) in 2002-3. Dr. Flego was/is secretary, president and member of committees of several Croatian and international learned societies and/or higher education institutions.

Plenary 4. The state and visiblity of communication and media studies in CEE

Stepping out of the shadow: internationalizing communication research in CEE

While Central and Eastern Europe has been getting increasingly more visible on the map of international media and communication scholarship in the recent years, academic research originating in this region is still characterized by a notable structural gap when compared with the West, particularly when it comes to the ability of CEE scholars to break into the top-ranked academic journals in the field. My presentation will try to shed more light on this issue by elaborating on a pilot study of the publication output of CEE-based authors in communication journals indexed in the Web of Science over the last decade, with particular respect to genres and topics of articles, types of methodologies and forms of authorship.  Based on this preliminary analysis, I will further discuss the existing publication challenges faced by the CEE authors as well as some more promising trends and strategies with the potential to bridge the gap and increase the international impact of CEE communication research in the future.

Václav Štětka is Senior Researcher and Head of the Political Communication Research Group (PolCoRe) at the Institute of Communication Studies, Charles University in Prague (http://www.polcore.cz). Between 2009 and 2013 he was Senior Research Fellow at the Department of Politics and International Relations, University of Oxford, where he worked on an ERC-funded project Media and Democracy in Central and Eastern Europe (http://mde.politics.ox.ac.uk). Before that he was Assistant Professor at the Department of Media Studies and Journalism, Masaryk University in Brno. He is currently serving as member of the Executive Board of ECREA and also Chair of the ECREA Central and Eastern European Network (since 2014). His research interests encompass political communication and the role of new media, transformation and democratization of media systems, media ownership and globalization.

Past and present of communication and media studies in CEE

According to received history, communication and media studies developed in Central and Eastern Europe only after 1990 with a strong focus on media and journalism studies (Jirák & Köpplová, 2008). While recent research challenges this, with evidence from former Yugoslavia, especially Slovenia, Croatia, Serbia, and Poland (Filas & Planeta, 2014, Peruško & Vozab, 2013, 2014), after 25 years of its institutionalization in university programs, journals and professional associations, we still have no comprehensive idea of the character of the discipline in this part of Europe (Peruško & Vozab, forthcoming). What is the state of the discipline of communication and media studies in CEE today? What are the topics, theories and research methods that predominate? I begin to answer this question by analyzing communication and media studies journals published in 2014 or 2013, and included in the CEE Communication and media journals database (http://www.ceecom.org/cee-journals).

Zrinjka Peruško is sociologist, professor of media and communication theory at the Faculty of Political Science, University of Zagreb, and Founder Chair of its Centre for Media and Communication Research. Her academic interests focus on comparative research of media systems, audience dynamics, media cultures and democratic media reform in Central and Eastern Europe, and disciplinary history of media and communication studies in CEE in pre, socialist, and post-socialist times. In addition to five authored/edited books (in Croatian), and book chapters published internationally, her work appears in International Journal of Communication, Central European Journal of Communication, Medialni studia, View - Journal of European Television, History & Culture, East European Politics and Societies and Medijska istraživanja (Media research), among others. She presently serves as Vice-chair of the CEE Network of ECREA.

Full papers should be sent to the panel chairs by June 1, 2015. An edited collection of the most successful papers will be published with an international publisher.

JavaScript must be enabled in order for you to use Google Maps.
However, it seems JavaScript is either disabled or not supported by your browser.
To view Google Maps, enable JavaScript by changing your browser options, and then try again. 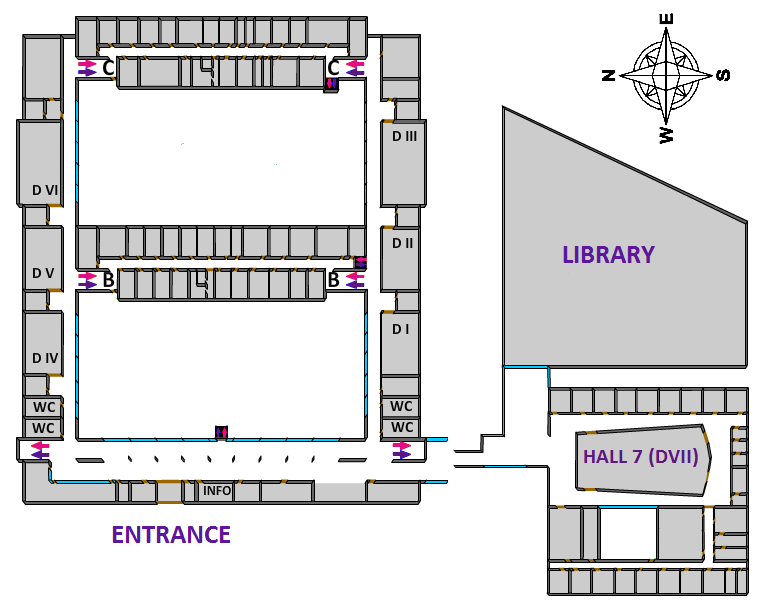 Centre for Media and Communication Research

E-mail:  This email address is being protected from spambots. You need JavaScript enabled to view it.